The mysterious world of baking in Didsbury

There is one Didsbury favourite that I fail understand. Over the years I have been fortunate to spend time with some great intellectual minds. I have been inspired by academics; I have worked with great writers and been in the vicinity of inspiring musicians who have taught me many wonderful things and explained many complicated ideas.

Didsbury Wife made Quantum Mechanics as straightforward as the offside rule for me. I can lip read Kenny Dalglish, see early on what Rolf is painting and remember when Burnage, Withington and Northenden had not been annexed by Estate Agents into some Prussianesque Greater Didsbury

But… Cupcakes. A cupcake is a fairy bun with a fascinator. A scone is not a gateaux, Aldi’s Norpak can’t believe it’s called butter and a Cupcake is nearer a Jaffa than a dinner date with Marie Antoinette. 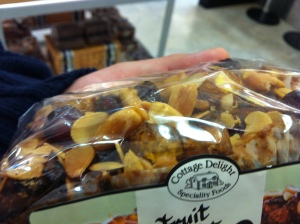 A Cup Cake is the miniature poodle of sweet bakery. It’s all decoration. Iced promise and nothing to play with – but we have almost as many Cupcake shops as Charity Shops. The shops themselves are lovely. Airy Fairy Cup Cakes is a bright, sweet-smelling and welcoming space and the website can make you salivate. But airy and it’s  cupcakey mates to the West seem to have taken the hairdressers approach to naming themselves and this only serves to make me suspicious that it’s all name and no substance. You can’t dunk a cup cake.
Airy fairy meet Edward Scissorhands.
The Dish Ran Away With the Spoon say hello to KoolKutz
Gentleman’s Grooming you will play Year 3 Cookery class.
I made fairy buns in 1970something and ate them on the way home in the back of the Vauxhall Viva. Didsbury Son has brought home the spongesque, multi-coloured iced junior school staple and so have you. 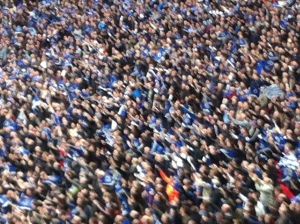 News of a new Cupcake shop opening gets a positive reaction from the lunchtime queue at Gregg’s.

My dream of opening Jacked Up, a Flapjack Emporium / Urban Cakey Collective seems sensible in comparison; yet they prosper, as does the cup cake. 2 Broke Girls, an NYC comedy about to take over E4 has a cup cake as its central theme. There must be some FA Cupcake mementoes and the mark up would make Starbucks blush.

A bit like the secret of tying your shoelaces I don’t know how or why Cupcakes work, but they seem to. So is it me who is the too hot oven or the non-sealed Tupperware box? We should learn from the Brown Mushroom. It was an unloved sideshow to it closed cup cousins until a bright spark marketed it as a Portobello and suddenly we loved this mediterranean Funghi that baked beautifully with parmesan – but in its heart, back in the barrio, in the shtetl of mushroomness it was a brown mushroom. Cupcake, fairycake? I believe in fairies. 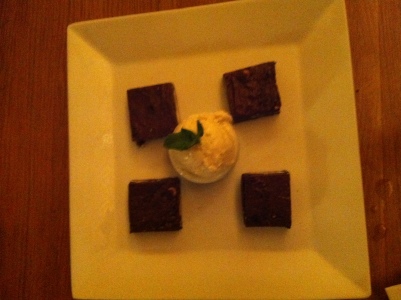 Didsbury Son has re-imagined a KitKat

Coming next week: Scaffolding, the new Didsbury Village fashion statement or finally, a replacement for Head Over Heels? 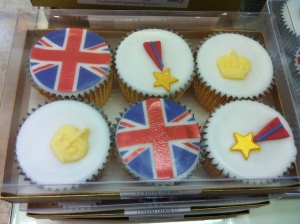 Cupcakes. But are they really patriotic?