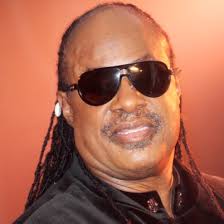 Rumours of Wonder looking to open a shop in Didsbury have been dismissed. Picture http://www.biography.com)

Ronseal 5 year varnish “It does what it says on the tin”
All clear, successful and obvious. There is a lesson to be learned here. Many lives ago, pre Didsbury Dad, I promoted live bands. I shied away from trumpeting them as a cross between The Doors and Elvis invade people thought it was a band with food and intimacy issues that should not be left alone in the bath.
Does this crystal clear lesson get through to the not so mean streets of M20? Is this plain speaking Muswell Hill with less Moolah and Alderley with edge paying attention? No.
The Didsbury Village Farm Shop (RIP – the thought of your club sandwich fills me with… Well filled me with bread and meat) is a perfect example. It’s butchers may have been inspired by Smithfields, it’s sandwiches influenced by The Mighty Gregg’s and its cheese based on a book about cheese in the 80s but it was neither Axons (a butchers), The Cheese Hamlet (God’s Cheese Shop) or Fresh Save (a green grocers) . Now it is empty. The sign on the weighing machine saying “We will serve you shortly” a cruel reminder that this shop has been empty, or worse, was once the least well-run Carphone Warehouse ever.

Cafe Rouge is French (in a Whitbread way), Costa do coffee and Jo Padmore is an optician. She is not a lens-influenced, near nasal dresser who does shoe repairs if you are not keen on glasses. She also has a lovely window display. Effective and very obvious what it is there to sell.
So we come to Cibo. I really hope it works, that it is a great restaurant that is a huge success and brings people flocking to Didsbury. Well done to the Cioboans for taking the plunge. This space was previously a La Tasca which held a special place in the hearts of many of us. Before that it was Burns, a suburban fish restaurant way before there was a market for one outside of coastal resorts.
Cibo, in language that smacks of Mud Crab Cafe’s New York Australian food bakery coffee shop and hairdressers is going to be Venetian-influenced. This does not actually mean anything. As I pushed the double buggy past this morning my heart sank like an old Gondola. 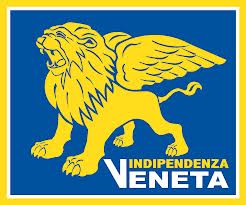 Griffins, an Italian staple, are hard to farm.

Venetian -influenced? I am lucky enough to have spent time in Venice. The Mozarella Rice balls and espressos you get at the street stalls are delicious (they sell them at Piccolino’s on Lapwing Lane), but are they influential? Does Venetian influenced mean that the Ciboans are going to recreate St. Mark’s Square in the School Lame Car Park, pay homage to Paolo Lucio Anafesto, first Doge of the Venetian Republic or charge 10 euros for a coffee to the English? I once went to see Venezia play my team at football and our fans had coins and bricks thrown at us most of the game. If they are going to take their influence from Venezia’s Ultras then I think I won’t be the only one darting past anxiously straight to No. 4 on Warburton Street.
Venice, like Manchester has a canal, an airport and a strong sense of identity.
Cibo is an Italian noun meaning grub. Let us hope it is as vibrant as St. Marks, as beautiful as Florence, as tasty as the street food in Sicily and the staff don’t throw sharp objects at you if you are not local. 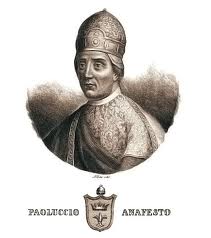