Archive for the tag “Modern Family”

Fitbit, focus groups and the best coffee this side of Mars,

Men are from Mars, women are from Venus. The men had been meaning to move to Venus for ages but y’know what it’s like. They got friendly with a couple of Martians, the deli on the corner just knew how they liked the coffee and although the roof leaked, the plumbing was teenage in its temperamentally challenging behaviour, the car got robbed and the carpet was pre-war it was home and they quite liked the landlord. Why move when it could be worse.

It was only when the women told them about the new sports bars opening up across Venus and refused to even drive through Mars, let alone stay over that the men moved. (Excerpt from “Why most men don’t move, they can’t be bothered”). This is one more reason why I don’t like Focus Groups. You can’t get a decent coffee and bagel in Venus.

Henry Ford (car genius, moral leper) once said (approximately). “If I’d asked the public what they wanted they would have said “faster horses” when asked how he came up with that monstrous micro mess the Ford Ka. I was recently asked to be on a focus group for a new “family friendly” museum and gallery. Family friendly to most dads means no gift shop, free couches and nothing on sale in the cafe over £2.50. This session followed a night when, according to my Fitbit. I slept for 4 hours, 20 mins and was awake 7 times and restless many more between 11.06pm ( Peppa Pig’s Holiday App finally sees off Mighty Headed Boy) and 6.08pm (Sago Mini Pet Cafe buys me 17 minutes of zzzzzzz) when Princess Blondini jabs me in the eye shouting “wake up daddy, moon up.”.
We were asked to consider the facilities a 21st century museum should provide the modern family. My tips were:
1. A car park whose distance is far enough away to make the walk back for whatever vital toy that was left there long enough to speak to friends, check football scores and clear head.

2. No wifi. I love Didsbury Son and long to see the front of his face, not just the top of his hood.

4. A prayer room. I make use of these wherever I can. They are the one place you can be sure no one will bother you.

5. Less interactivity. It sets the bar too high for your own domestic masterclass in multi-tasking ( playing with children whilst watching Sky Sports News).

If they take these ideas on board, don’t thank me – just take the kids out for a couple of hours one weekend morning. 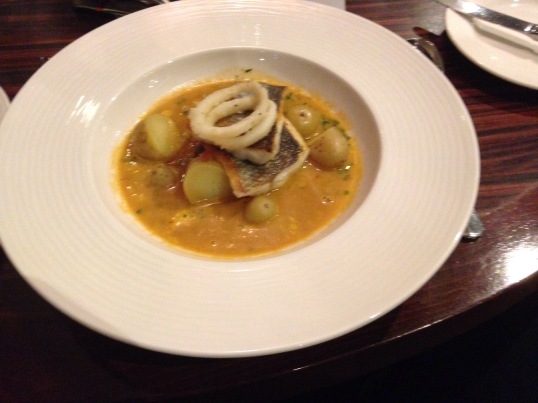 Twin Guilt and The Curate’s Egg

Didsbury Son, still a gift I can’t believe fell my way is having a Curate’s Egg of being a big brother so far. ( this is great. I promised someone over a literary based late night conversation I would find use for the phrases “Curate’s Egg”, “All you had to do was click your heels and think of Kansas” and ” In my day we had none of these fripperies “. One down and Kansas Fried Chicken is a given). On the upside, he loves the attention. Pushing newbie twins anywhere is like a call to coo for a wide variety of the population. He (and we) have never had so many compliments. Didsbury Son absorbs the reflected praise and a 5-minute stroll to the shops can now take half an hour and leave him an inch taller with his chest puffed out. People also love to smirk at us that ” Eeh, you have your hands full.” True, but not so full we can’t make hand gestures to people making banal or rude comments. There are also the presents. He has amassed quite a haul from family and friends keen to be even-handed and his Apple-infused Christmas present already has enough I -Tunes vouchers in his name to fill it with brightly coloured but quickly disappointing apps. I expect to only see the top of his head until March.

On the downside… The pitch of stereo crying in an enclosed space and the volume and length of time it proceeds at/for has been an unsettling shock. The dual cacophony can outstrip an average car alarm. Soon to be dads be warned – you cannot sit back for an hour on twin duty with Didsbury Son for some downloaded American cartoons. Despite the fact that if Lord Yipley the Churchill lookalike isn’t demanding attention, his sister will be, it’s too loud. Health and a safety would not let you work in this level of decibel without ear defenders but Didsbury Son and I still, with decreasing success, attempt to slouch couchwards. We haven’t managed more than an occasional Modern Family and he watches more and more sitting alone on a couch built for several as I smile meekly though muslin and milk, sterilising in a way that makes Howard Hughes seem like Stig o’ The Dump.

The main challenge for any big brother is going from sole trader and receiver of constant attention to team player with a house full of sleep-craving, narky, obsessed elsewhere adults. Whilst the upside is more freedom, less regimented teeth brushing and bedtimes, I think the downsides are numerous in the short-term. Whilst he is a doting and attentive big brother; proud, enraptured and willing; until the twins respond to raspberries, tickles and songs they seem to him a lot of effort that is light on return. It will come. but three months to a boy who lives in the moment is beyond. Comprehension.

He does not realise that this is like supporting a football team; it seems that no matter how much you prop them up, sing, throw all your money at them – they are not really bothered about you… Yet. At least we know that Didsbury Son’s real Christmas present will kick in around the start of spring when he is greeted like a returning hero every time he enters the room and the twins respond to every tickle, parp and clap with absolute delight.

As I pointed out to Didsbury Wife -if we had just got a puppy he would have had that from day one.